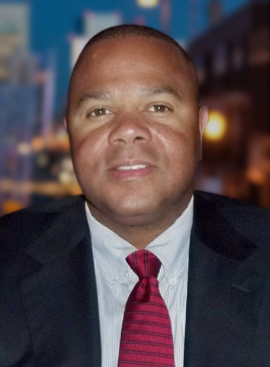 James L. Patterson, Sr. was raised in Lockport, NY and relocated to Rochester NY in 1985. Mr. Patterson attended Niagara County Community College where he earned his Associate’s degree in Criminal Justice. Immediately after college, he was hired by the Niagara County Sheriff’s Office road patrol becoming the first black law enforcement officer in Niagara County. James later transferred to the Monroe County Sheriff’s Office initially assigned to the VICE Unit and later road patrol. In 1989, Mr. Patterson was added to the ranks of the New York State Police, where he spent the remainder of his career as a Trooper and Investigator, retiring after a 27-year tenure in the field of law enforcement. Having pursued his undergraduate degree from Rochester Institute of Technology majoring in Criminal Justice and minoring in Business, James decided to pursue a graduate degree and attended SUNY Buffalo State, where he majored in Education.

His educational journey includes time as an Advisor in the Doorway to Success Program at Monroe Community College, an initiative where he provided academic support, motivation, and guidance to Black and Latino males during their acclamation to college life. James has also taught at BOCES, the Rochester City School District, Nativity Preparatory Academy, and is currently employed at SUNY Brockport’s REOC where he is a N.Y.S. Certified Instructor and provides instruction to Security Guards and Teacher Assistants.

Mr. Patterson is the former Executive Director of Rochester Youth for Christ where he supported and mentored city youth. He presently serves on the Mayor’s Board of Ethics Committee, the Commission on Racial & Structural Equality (RASE) and the United Christian Leadership Ministry (UCLM) Police Reform Proposals Committee.

James resides in the city and has two biological daughters from his first marriage. His only biological son passed away unexpectedly in 2014.